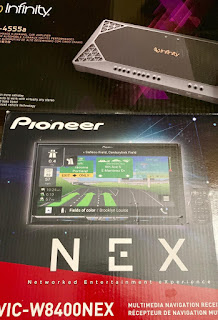 I picked up a tech21 MacBook Pro case at the suggestion of an awesome Genius bar attendant.  I have fitted the case, and the initial fitting is quite good with minimal play on the screen corners.


I started drinking coffee about 20 years ago around 14 years old.  I've had several machines in that time, many I was happy with including a Keruig Vue, Starbucks capsule system (?), Nespresso Pixie, Capresso Semi automatic, Delonghini Manual Espresso Machine, Krups Machine, various pour overs and french press machines.  I liked my nespresso much more than a Keurig and many drip machines it didn't hold a candle to the Jura and stumbled when making espresso in succession.  One day I tried my espresso at my friends house and it blew me away.

I couldn't get the espresso out of my head.  I just couldn't forget it.  I texted what kind of machine and coffee was that -- "Lavazza, Jura C60" was the reply.

I knew Lavazza coffee, it's a middle of the line coffee, that is fairly good but not extraordinary so it had to be the machine.

I know I am going to get a lot of flack from purists here, but that machine made a heck of a cup.   I set out on a quest of soul searching to decide if a four digit coffee machine was worth it.  And to be honest I waivered, seeing my self-made grandfather's old and simple coffee machines and washing machines in their mansion, made me realize, buying expensive things which can be easily substituted with less expensive variants isn't the way to being able to afford a great house.  There's a revenue issue of course but if you buy a ton of Rolexes it's hard to buy and maintain a big house, which is not easily substituted.

This revelation was tempered by the expense of the Nespresso Pods.  Three original pods a day from Nespresso is more than $700 per year, $.7 cost per pod * 3 pods per day * 365 days per year = $766.50 cost for pods for a year.  Running through the numbers the breakeven with a ~$1400 Jura would occur some time in year 2 depending on the type of coffee used in the Jura.

Doing excessive amounts of research including asking on forums yielded many happy Jura owners and small nuggets of advice, most notably:

I ended up purchasing the A9 because it was available from Costco and their satisfaction policy provided confidence to buy such a machine.

Although it wasn't shipped for a few days, once it was shipped it arrived the next day from NY.  I read the instruction manual and fired up the machine.   I heard negative reviews about how much the machine rinsed, but honestly, I like things to be clean so this was a positive for me.

The first drink was a double macchiato and it was awesome.  Some people said the milk was hot some said too cold, but since research has revealed coffee might be good for you but hot drinks aren't the temperature felt right in the range of what I wanted, hot but not too hot.

The coffee at first was a bit bitter, so I increased the size of the grind to a point where I enjoyed the flavor without most of the bitterness.

The touchscreen had a bit of lag compared to an iPhone XS but was very quick and informative, explaining the process throughout a brew.

Next I had a cappuccino and then a straight espresso.  All were very good.  On the way I have some La Colombe coffee which one of my favorite independent coffee shops, Weather Gage, brought to my attention.

I was surprised by how much my kids liked the machine, they don't even drink coffee but were interested in the touch screen various rinses and things it does.

I'll update this review in the future but for now I really enjoy it.

Thanks for reading.
Posted by Cliff at 11:20 AM 3 comments

Coming soon, the project to bring your van bought speakers to mid-fi excellence.
Posted by Cliff at 2:35 PM 0 comments

In light of Spectre the performance debate on HyperThreading is solved. Turn off Hyper Threading to help fix Spectre and mitigate Spectre-fix performance issues

There has been a relatively longstanding debate between various gamers and overclockers about the performance of modern intel HyperThreading (HT).  One group has suggested that turning off hyperthreading improves performance in gaming and results in lower temperatures and voltage thus allowing higher overclocks.  The pro  HT group points out the modest improvement in highly threaded workloads.

However, in light of Spectre its time to shut down HyperThreading from your bios.

Spectre attacks HT branch prediction, so you can either use Spectre fixes which will hurt the theoretical improvements of HT, or you can shut off HT and go for slightly higher overclocks or perhaps lower your voltage a bit to improve long term reliability of your chip and get better stability.

Today after much research I pulled the plug on hyperthreading, especially with the new higher core count processors, it really does not make a performance increase in most daily situations aside from perhaps CPU video encoding which should be done on a GPU if possible anyway.

So I recommend to everyone in light of spectre shut down hyperthreading, no matter what the official "marketing speak" from Intel suggests about fixes and how hyperthreading isn't terrible.  (I would still implement any spectre fixes though)
Posted by Cliff at 2:04 PM 0 comments

In my opinion no tv is perfect the trick is getting a good compromise for the space.  That being said here is my overview after owning (too many) TVs:

1) Size matters most.  Get the biggest size you can afford up to a point.  Be careful with panels above 70" or so, they can have issues with backlight uniformity and LCD Panels.

2) Backlight uniformity is very important,  perhaps one of the most under-rated issues with TVs.  So get a TV with the best back light uniformity possible.  Some of the older "thick" LCDs are very good at this. Very little is distracting to the experience as having lighting affects that are unusual and notable.

3) 3D, HDR and 4k:
a) 3D blu-rays are still available, and many major theatrical releases are still in 3D.  Most TVs are not able to deliver 1080p 3D passively, though some late LGs do.

b) 4k is very welcome on big format LCD and projectors or screens that you sit close to.  The close dot pitch of the screens will make it look brighter and clearer even if you are not watching 4k content.

4k content is subtle but noticable when A/B tested against similar content (4k Blu-Ray vs Blu-Ray).  The effect is clearer, more color, more lifelike images.  It is not as noticable as the jump from SD to HD.

c) HDR is noticeable but not everyone loves it.  It makes the directors vision more directly visible at home.

Having a 120hz or 240hz set helps out with watching 24 or 48hz content, and sports.  It can also help with streaming.  Not everyone likes it but I believe having smoothing on helps content if indeed it is of high quality for example Sony or Samsung.

4) Curved screens feel natural and help with off axis viewing.  It seems to me our vision process the world in somewhat curved realities.   A curved screen helps when you have several viewing positions that are off axis and also when viewing the screen straight on by enhancing the illusion.

5) Smart tech.  I would not buy a TV or not buy a TV for Smart features.  Roku boxes are almost always faster and more seamless. And while rare it may be possible for their to be vulnerabilities in TV Smart code.  I wouldn't even hook up your TV to the internet if it is a Vizio as they put out updates that can hurt TV performance (check out 80" M series circa 2013)

6) Exotic technologies such as OLED. Organic LED are very nice, they have some issues with blacks and need a lot of information to display properly.  They can deteriorate so I would estimate usable life at 5-7 years.   Looking at OLED PS Vita vs LCD Vita it is clear the OLED has beautiful colors that are deeper and more vibrant than regular LCD.  OLED is more sustabtible to sunlight and direct sunlight.

It has been posited that OLED should be broken in on low back light settings and kept out of sunlight.


I would put curved TVs toward the end of the enhancements of the TV.  If you can get a nice 70" for the same price it I would tend to buy it over a 65" curved.
Posted by Cliff at 3:40 PM 0 comments

1. Press the START button without touching the brake pedal.

2. Press the odometer button until you see "TRIP A".

5. Continue to hold down the Trip Reset button until "000000" appears on the display and the maintenance light turns off.