Only Porsche practically doubles the price of the same model within 10 years.  Lets see if its worth it: 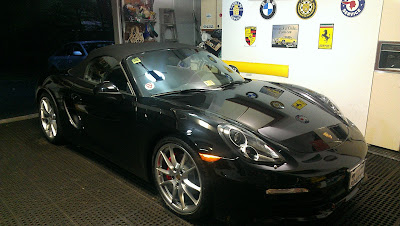 The interior is nicer though the tub step-in style remains, surely for chassis strength. It's undoubtedly faster than the underpowered v1 Boxster, but it has less than 321HP and barely adequate torque.  Performance is ok, resulting in 0-60 in 4.4 - 4.8s, 173MPH, and a quarter of a mile in 13s. There's 9.23 pounds for every horse to lug in the Porsche vs 5.83 pounds per italian horse for the 458.  Updated: The boxster is really gokart fast its fun and sounds great it feels faster than the same speed in a different car due to its light weight point and go nature.  The suspension is awesome, I mean its one thud and done; you feel the road without being beaten up by uneven surfaces.  The soft top is great even in winter.  The 20 inch "911 S" tires look great.  The media system is direct without being distracting.  There is a lot to love about this car. 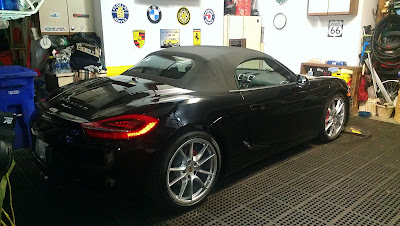 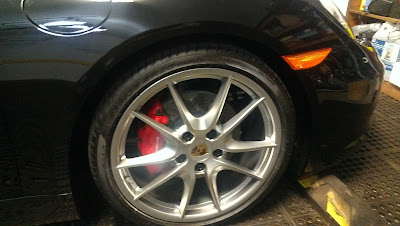 Porsche's new Boxster is indubitably better but it also costs a lot.  Attention to detail is prevalent and the car drives better; however, dollar per dollar there are better (performing) cars including but not limited to Ferrari's, Audi's, BMW's, Z06's, and (finally America) Cadillac's.  However the dart like speed is fun and the ride is grown up somehow making it more fun and capable.  It's a really cool car and modifiers will get more power out of the base 911 engine thats in the Boxster S.  Maybe 385HP will be acheivable in the future which would be a lot of fun for this car.
Honestly, I think a 458 is a better value because it holds its resale like a vault (versus losing half in 3 years) and it outpaces the Boxster in performance bang per buck with the assumption that higher end performance is increasingly difficult to attain thus expensive.  By comparison the italia 458 gets to sixty >33% quicker, is 30mph faster, and is 323% more expensive.
They say the 2013 981 Boxster S starts at 60k, bullshit, expect to pay closer to 85k with a PDK and at that price it dilutes the performance per dollar presented but it is fun and feels fast.
Here are some other reviews if you don't like mine:
http://www.roadandtrack.com/car-reviews/first-drives/2013-porsche-boxster-and-boxster-s
http://www.caranddriver.com/reviews/2013-porsche-boxster-s-first-drive-review
And Amazon's Porsche Page if you already own one:
Amazon's Porsche Center